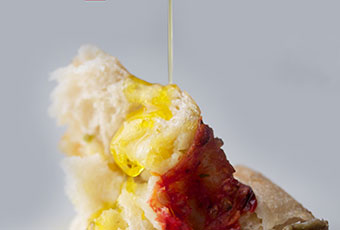 The Austrian company Vereinigte Fettwarenindustrie GmbH (VFI) is very familiar with a “refined” product. The roots of the producer of edible oils from vegetable raw materials date back to the 19th century. The current Austrian market leader with headquarters in Wels was created in 1972 with the merger of three edible oil producers.

Since Austria joined the European Union twenty years ago, the shareholders have been investing heavily in the modernization of the company, not only to serve international markets more effectively, but also to stand up to the competition from neighboring countries through product and process quality. With the traditional brands Kronenöl, Bona und Ceres as the basis and a large number of private labels and co-packing customers, this has been successful so far.

Fast Development Over the Past few Years

New filling machines, expansion of the high-bay warehouse, modernization of the refinery, an own combined heat and power plant and finally the new construction of the factory building with an integrated special tank farm, a laboratory, canteen and office are the milestones of the development so far. The result is a well-oiled machinery.

After all, with the introduction of the GUS-Suite, the business processes in all areas of the company were also realigned. In the process, almost all processes were reassessed and modeled from scratch. By modernizing the internal infrastructure, VFI has also created the prerequisites for reaching new market segments through additional products, internationalization of the sales markets and, above all, greater efficiency in production.

With a total turnover of more than €150 million and sales of more than 110,000 tons of oils and fats, VFI achieves an export share of over 40 percent.

As a prerequisite for the introduction of the GUS-OS Suite, it was necessary to map the entire production chain: The freshly pressed raw products, which are delivered by the producer and often by regional oil mills, arrive as crude oil in the tank farms at VFI and are refined from there. The subsequent production steps – degumming, deacidification, bleaching and steaming – are carried out in Wels. Here, the massive investments in the conversion of the refinery have automated the processes to a large extent and thus accelerated the workflows.

VFI produces around two dozen different types of oil in this way. Production and sales are planned with the GUS-OS Suite. In addition to canola oil and sunflower oil, the product portfolio of VFI also includes corn oil, thistle oil, peanut oil, palm oil and palm fat as well as coconut oil, along with numerous organic products and raw materials of regional origin. Combined with the large number of packaging variants, from the 0.25-liter glass bottle and the 10-liter plastic bucket to the 1000-liter pallet tank and tanker, this results in a large number of product variants that are planned, scheduled, produced, and sold.

Prepared for the Challenges of Tomorrow with the GUS-OS Suite

This makes VFI a leading supplier to the food retail trade and industrial companies in Austria as well as to many partners within and outside the European Union. The associated framework agreements are mapped and managed in the GUS-OS Suite in just as much detail as the resulting supply relationships with retail chains, wholesale warehouses, and industrial companies.

Today, the GUS-OS Suite is used in practically all areas of the company, from product development, purchasing, production, and quality assurance to sales as well as in financial accounting and controlling. And if business processes change tomorrow due to new requirements, the GUS-OS Suite is modern and flexible enough to support these changes. As stated before: a well-oiled machinery.