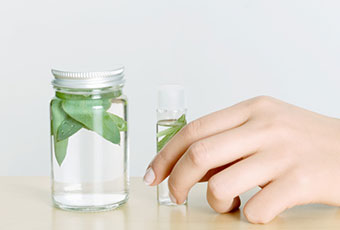 “Back to the industry standard” and “implementation of a future-oriented long-term strategy” were the Finzelberg management’s core investment motives when deciding on a new software platform. The pharmaceutical specialist switched to the platform-independent and web-based GUS-OS solution family around GUS-OS ERP.

In order to be able to efficiently manage this considerable product quality effort, Finzelberg started to invest in IT systems at an early stage. “With a new software we wanted to seize the opportunity to bring our adaptations back to a standard. The aim was to become fully updatable again and to reduce the effort required for industry requirements such as validation,” said Finzelberg’s head of IT, Frank Heim. Other expectations that the company based in Andernach associated with the new ERP solution were an easier integration of the various production sites and a reduction in the operating and training effort by means of an intuitive graphical user interface. It was therefore obvious to combine the “strategic investment” in a new central ERP solution with a redefinition of the technology. The decision was therefore made in favor of a platform-independent and web-based system programmed in Java.

Pilot on a Pragmatic Route

At the beginning of the project, an analysis of the current situation was first carried out. Based on this status report, the project team was then able to decide which functionalities to adopt in the standard. “For example, at Finzelberg’s suggestion, our developers created a ‘target batch disposition’. This means that a batch is now already created when the order or production order is created and not only when the production starts,” explained Eckhard Hasse, project manager and managing director of the GUS Group.

Result with a Low-maintenance Character

Finzelberg now has an ERP system which essentially consists of standard functions. The GUS Group now imports updates directly from its Cologne office, so that the corresponding programming effort, which amounted to about two to three months with the highly individualized old solution, is now reduced to zero. Since the GUS Group delivers documentation amounting to several thousand pages as PDF files, Finzelberg also reduces the costs for validation. As before, individual quality-relevant adaptations must of course still be validated by the company itself. As a result of the GUS-OS user interface, the Finzelberg employees working with the system have also become considerably more productive. This freed up personnel capacity for new tasks. Since the GUS-OS ERP is web-based, the connection of Finzelberg’s various production plants is also made easy. Even the new plant in Poland was easily connected to the IT infrastructure. Luckily, the new solution quickly learned Polish by means of the translation tool.

GUS-OS ERP as the Core of the Platform

Together with the central ERP solution, the project team introduced four additional modules. GUS-OS Planning provides extended information options, optimization procedures and simulations. GOS-OS Forecast is used for sales planning and primary requirements management. The third additional module is GUS-OS Product Passport, which Finzelberg uses to control and document processes based on the division of labor in terms of product lifecycle management. The fourth additional module is the Laboratory Information Management System (LIMS) GUS-OS Lab. “The GUS Group is there when it matters and has a medium-sized company way of thinking. This also gives us confidence for the next steps,” says Frank Heim. Today, Finzelberg can look back on more than 130 years of experience in the development and production of plant extracts, which are obtained from more than 150 different raw materials. The company also focuses on extracts for pharmaceuticals, dietary supplements, and comprehensive services from product development to registration. In order to meet the requirements of the numerous clients from the pharmaceutical industry, Finzelberg has established reproducible manufacturing processes and a quality management system that all drugs and extracts undergo.